How To Lose Friends and Never Influence People 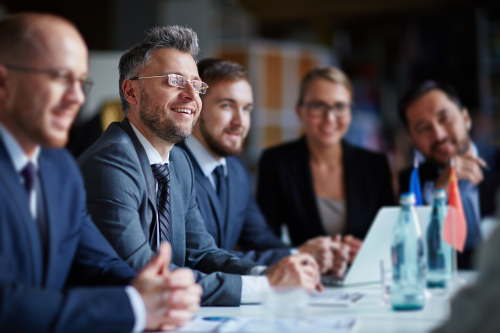 It's true that a likable salesperson is always going to outsell someone who is not likable. After all, selling is a people business, and people have got to like you if you expect to succeed.

The same is true for any business - we have to be likable. The other day I talked about how I strategically repel customers who aren't a fit for us, but for the rest, we do our best to be well-liked!

Inevitably though, customer service problems arise. People make mistakes, or UPS delivers a package to the wrong address, or a receptionist signs for it and gives it to the wrong person. It happens.

We go out of our way to fix those problems, but we can only help customers who approach us properly.

This week, someone posted on my Facebook page about how he ordered something a week ago and still doesn't have it.

I deleted the post - my Facebook page isn't the place for that - and forwarded his information to my support desk, but a few minutes later, he did it again.

Looking up his ticket history, it appeared that someone responded to him within minutes, but his email apparently went to his spam folder, since auto-generated support tickets do that a lot. (ALWAYS check your spam folder!) As far we knew, the problem was resolved.

But, it wasn't, and instead of trying to contact us by ticket, or instead of picking up the phone, the customer resorted to trash-talking me on my Facebook page.

That's not an example of a customer helping us to help him. After having him publicly call me a crook, when in fact the package was delivered to the correct address, gave me zero desire to help him.

Now think about your role in sales - your job is to make sales. That's it.

To clarify that even more, your real job isn't to 'sell' to people, which implies convincing someone who really may not want your product. Your real job is getting people to 'buy' because when someone buys, as opposed to being sold, they're a lot happier in the end, and you get to deal with less headaches and more referrals!

Unfortunately though, few salespeople help customers to buy. Instead they continually sell. The problem is exacerbated by books and seminars that continue to tell salespeople to pester prospects until they either say yes or no.

Why? How is THAT productive?

Place that concept into the context of how YOU are doing your job every day, and think about whether you are getting people to buy, or if you're merely stressing yourself and your prospects out by trying to sell them.

Once you achieve that new way of thinking, that you're not a salesperson as much as someone who gets others to buy, you'll be a lot happier and your commission checks will be a lot bigger!

Learn how you can stop cold calling forever and become a sales rock star by downloading a 37-page PDF preview of the Never Cold Call Again System.

New York Times best-selling author Frank Rumbauskas is the creator of the Never Cold Call Again® System and has won numerous accolades, such as Readers Choice for Business Book of the Year from 800-CEO-READ, and has been named one of Fast Company’s top 30 most influential people online. To learn more, and to download a free 37-page PDF preview of his Never Cold Call Again lead-generation system, visit NeverColdCall.com

Posted at 12:35 PM in Self-Improvement | Permalink