Why I Don't Tolerate Indecision and Indecisive People 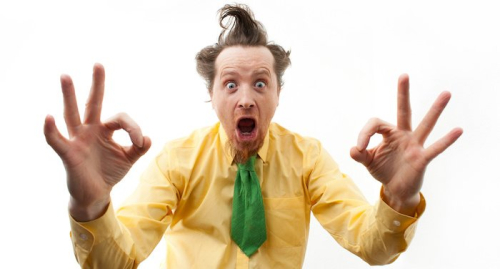 Today I received a request from someone to remove his testimonial from my website, or to at least remove his last name and his location.

It's not because he isn't happy. Not at all. It's because he's constantly inundated with people who see his testimonial on the site, then call him to verify that it's real before they buy.

But here's the clincher: The testimonial only contained his name and town. There was no contact info at all. Which means that people are wasting a bunch of time tracking him down to get him on the phone, all to verify that he is "real."

THIS IS JUST DAMN INSANE!

Seriously, how much time are people wasting on this nonsense, that they could be using to make sales instead? Not to mention that it just isn't right to pester someone who was kind and generous enough to give me a testimonial. I'm willing to bet that it's a huge amount of time, because someone who is doing that to one of my testimonials is probably doing it to all of them. In that amount of time they could close a sale or generate some new leads or read a new sales book.

I really shouldn't have to remind people how fatal the flaw of INDECISION is to success. But apparently some people aren't getting the message!

Napoleon Hill wrote that "I need to think it over" is the last line of defense for people who haven't the courage to say either "yes" or "no."

In fact, I've repeatedly told sales prospects that I'd rather hear them tell me "no" than "I need to think it over." The reason is that the latter statement is a waste of my time. I demand decision. It's one of the things that has made me successful. It's sad that most prospects need to be reassured that it's okay to say "no" before they'll come out and say it. In most cases it's a lot easier to close a sale and hear "yes" than it is to get someone to admit that they want to say "no!"

Indecision is the most fatal character flaw that leads to failure, primarily because it is at the root of most procrastination.

So I'm asking you to make a DECISION, right now, by making the following commitment:

Commit that you will lose the fatal character trait of indecision by making quick, definite decisions any time you face one and you have all, or even most, of the necessary facts at your disposal.

By picking up the habit of always making quick and definite decisions, and sticking to those decisions and reversing them slowly, if you do at all, you will find success rushing into your life at a pace you'd never even dreamed of before.

Seriously. Please make that decision right now - commit to this and stick with it!

Posted at 04:25 PM in Productivity | Permalink