« How to Avoid These Very Common Sales Mistakes that TONS of Sales Professionals Make | Main | How To Attain Massive Sales Success - Extremely Quickly! »

How Henry Ford Prospered During the Great Depression, and How You Can Use These Principles Too 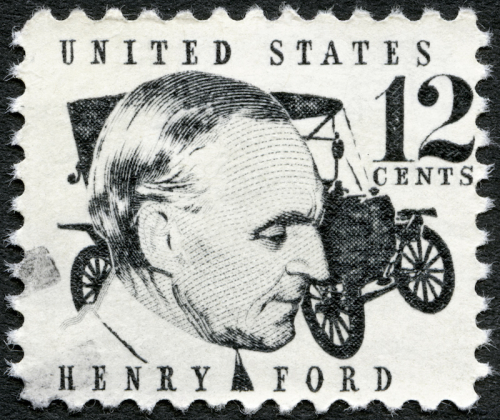 Untold millions of people lost every penny they had during the Great Depression.

Even most business and industrial leaders took a beating.

Henry Ford passed through it unscathed. In fact his business even grew.

What was his secret?

Well, it's no "secret" at all - in fact it's something we all know but usually don't follow through with.

It's the idea of giving our customers the best service possible, no matter what.

You probably think service means customer service, and if you do, you're wrong. There is SO MUCH more to it than that.

Here are a few key points of what creates good service, in Ford's view (besides what we already know as 'customer service'):

1. Delivering the best product possible at the lowest price.

2. Having easy and cheap access to service so that no Ford owner was ever stranded while broken down.

3. Avoiding selling to people who are not the ideal fit for the product. (Ford was a very frugal man and even though he priced his cars very low, he discouraged his dealers from selling to anyone who couldn’t truly afford one.)

It's that third point that most of us are guilty of.

Unfortunately few salespeople have any control over what kind of service our company gives (if you're a small business owner that's a different story).

But we do have TOTAL control over who we choose to sell to.

I remember years ago when I'd try to sell to anyone who would meet with me or even take my call, I'd have these huge sales months when I was doing nothing but picking up signed contracts & checks and it was so exhilarating to be so busy!

But then the following month I'd be buried up to my eyeballs in customer service issues and fall short on sales.

Because I'd sold to people who were not a 100% ideal fit for my product, and it came to show when they realized they'd been "sold" and didn't really "buy."

After I'd started selling to people who WERE 100% perfect fits for my product, something changed.

All the endless customer service nonsense went away and people were a lot happier.

It's not that problems didn't happen - there were always billing issues and things like that with the company I worked for - but the customers were a lot more understanding and would just go and call the 800 number instead of screaming at me about it.

The best part is that those people not only resulted in plenty of repeat business, but also in a seemingly never-ending flood of referrals!

And there you have Ford's little depression-busting "secret."

Even though our economy is back in pretty good shape, things have become hyper-competitive, so it's more important than ever to only sell to people who are really going to need and appreciate what you're offering.

Besides, if you ask me, that's the only ethical way to sell anyway.