« How Henry Ford Prospered During the Great Depression, and How You Can Use These Principles Too | Main | Social Media Sales Prospecting Beats Cold Calling, According to Forbes » 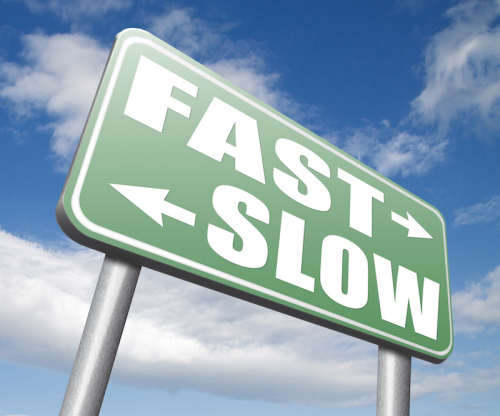 It's a common saying. Sometimes it's true. I remember going out bar-hopping several years ago in Los Angeles with a very well-known dating “guru” who couldn't even talk to a woman to save his life.

But, many times it isn't true. Some of the most successful - and wealthiest - people I know get a great deal of joy out of teaching their knowledge to others.

That saying bothered me when I started doing sales training ten years ago, when I'd hear it from morons who made the claim that I teach sales because I supposedly "failed" at cold calling. Of course, in reality, cold calling simply doesn't work anymore, and what's more, no one in their right mind wants to do it.

In fact, a recent survey by Sandler Sales showed that 1 in 3 salespeople would rather have a root canal than make a cold call!

The fastest way to solve any problem you might have is to find someone with a similar problem, and HELP THEM SOLVE THEIRS!

You'll learn far more by doing that than you ever would merely working on your own problem.

Taking it a step further, there's another way to learn more than you ever could any other way:

TEACH others your knowledge, and you'll quickly find yourself learning even more from the other person than you're teaching them!

I can tell you firsthand that one of the reasons that I love doing my webinars, as well as live sales training workshops, is because I usually end up learning as much from the audience as they do from me.

I'm a member of a paid Master Mind group here in Dallas consisting of other business owners, and I've observed that the leader of the group always leaves our half-day meetings with far more knowledge and insight than he arrived with.

(That's also one of the reasons why I run a Master Mind group - I come away from our web conferences every time with more actionable knowledge than I had going in.)

But there's another way you can use this principle to your benefit:

Sell More by Teaching Your Prospects!

Three years ago I was invited to join the Rotary Club of Dallas, one of the original Rotary Clubs dating back to 1911, and I quickly and excitedly accepted. The experience of speaking to many Rotary Clubs over the past couple of years has given me a true appreciation of their guiding principle: "Service Above Self." And one year's club motto is "Peace Through Service."

You may remember, a while back, I wrote an article on the topic of "How to Sell More by Giving First."

This time, let's call it: "How to Sell More by TEACHING First."

When you can give valuable, actionable advice to a prospect, advice that will benefit them - with NO expectation of return or reward by you - you will quickly find yourself rising to previously unimaginable heights of success.

Prospects will immediately recognize you as a person of value - someone who is genuinely interested in their success and well-being, rather than a typical salesperson who is out to make a quick sale and then move on to the next "target."

You accomplish that by giving first.

BUT - and be forewarned -

You do the exact opposite by cold calling.

Cold calling makes you look greedy, desperate, annoying, or all of the above. Worst of all, it shows that you're out to get something, rather than to give service and value.

To make matters worse, cold calling not only creates the impresssion that you offer zero value, but it gives away all of your power to the prospect.

The very top salespeople, on the other hand, always go out of their way to show value first, and only try to make a sale after. And they avoid cold calling like the plague because they know that cold calling hands all of the power over to the prospect.

So if you want to become one of those top sales pros, then stop cold calling, start giving value first, and watch your sales numbers explode!

Learn how you can stop cold calling forever and become a sales rock star by downloading a 37-page PDF preview of the Never Cold Call Again System.

New York Times best-selling author Frank Rumbauskas is the creator of the Never Cold Call Again® System and has won numerous accolades, such as Readers Choice for Business Book of the Year from 800-CEO-READ, and has been named one of Fast Company’s top 30 most influential people online. To learn more, and to download a free 37-page PDF preview of his Never Cold Call Again lead-generation system, visit NeverColdCall.com