How To Drive Your Sales Manager Insane While Selling More! 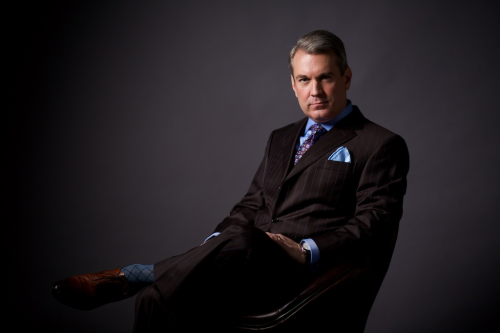 Once upon a time, I was the "Cold Calling Monster!"

Yes, it's true - even though you know me as the "Never Cold Call Again" guy, I used to go by the nickname "cold calling monster"!

That's because when I went into sales, I had a fierce determination to succeed. So I took the advice I was given - to cold call - and I took it to an extreme.

I made no less than 100 cold calls, each and every day. Sometimes it was on the phone, sometimes in person (canvassing), and sometimes a combination of both. But I never fell short of my 100 calls.

And I got leads - tons of leads! Yes, despite what you've heard from me about cold calling falling to get leads, I have to admit I was swamped with them. I was setting appointment after appointment, to the point where it was difficult to find enough time in the day for my 100 calls, but I always figured it out.

My confidence in this plan was bolstered by stories from managers and 'old timers' about sales reps who were making almost unheard-of sales numbers, by blocking out time every day to lock their office doors and make a hundred calls.

I knew my success was in sight!

And so I went on with my 100 calls a day, believing that it would not only work but the longer it took to pay off, the more I'd succeed in the end. My schedule was hectic, and I still remember one particular day when I had seven appointments and still did my 100 cold calls, mostly by canvassing the buildings where I had the appointments and then making up the rest on the phone. When I arrived home after 7 PM that evening I felt exhilarated.

It was a really great feeling to go home after such a busy day, with a feeling of accomplishment that I'd really done something. Slow boring days always gave me a lot of anxiety about not getting anything done, so a crazy day full of a hundred calls plus a bunch of appointments really made me feel good.

This went on for a long time and my high activity levels kept me really pumped up all the time.

But there was a problem…

That's right - I was barely closing enough sales to scrape by, let alone make the big killing that I had been promising myself and that all the old timers said those 100 calls a day would bring me.

And so that brings up the next question…

Of course more leads equal more sales. That's only common sense. You can't get a sale without first having a lead - leads are the starting point of all sales success. No lead means no prospect, which means no one to sell to and no one to close.

However, there's a catch. (Isn't there always a catch?) The problem is that all leads aren't the same.

There are good leads and bad leads. And that brings us to one of life's basic truths:

We all know this! Yet in sales, the drive is always on to get more and more and more leads, with no regard to the quality of those leads.

It's natural to want to rush out to meet with anyone who will give us an appointment. After all, the basic mindset taught in all sales training is that sales is a numbers game. If you close 20% of your prospects, then doubling your number of appointments should double your number of sales.

But it doesn't really work out that way.

I failed miserably when I started in sales, not because I was a bad salesperson, but because I was spending my days as the "cold calling monster" trying to rack up as many leads and as many appointments as possible, without regard to the quality of those leads.

The Three Categories of Leads

Later on, when a top sales pro took me under his wing to mentor me, I finally learned that there are three categories of leads. Most salespeople are spending time with the two wrong ones - people who either will never buy from them, or people who are undecided and never make a decision. (Those are the ones who string you along endlessly with 'check back in 6 months' or 'we need to think about it first.')

That third category consists of people who will most likely buy from you, if they only knew about you and had the chance to meet with you.

When I learned about that, I soon had fewer leads and fewer appointments, but far more sales.

Best of all, I had a lot more free time. I was selling more by doing less work - by focusing only on people who were pre-disposed to buy from me, I was closing 4 out of 5, instead of my previous record of 1 in 5 when the leads came from cold calling.

After I had mastered this concept and developed a system of lead-generation strategies that brought me an endless supply of hot leads - people who were ready to buy right now - I began teaching that system to others, and you know what they told me?

The same thing happened to them: They began selling a lot more while doing far less work.

And since most salespeople spend nearly 100% of their free time prospecting, you can see what a huge improvement happens to your schedule when cold calling is eliminated.

(Oh yeah, and your stress level goes down.)

Imagine never having to make cold calls, and meanwhile, your sales come in each month, since leads are filling your inbox on autopilot.

It's a great feeling - I know, because I achieved it. And you can too.

My favorite thing about Mark Cuban's book isn't the title, or even the content - it's the subtitle:

That is very encouraging coming from a self-made billionaire! So, if you have the ability to become a billionaire too, then without a doubt you can become a sales superstar by ditching the cold calling drudgery.