« Do YOU Control Your Sales Appointments, or Does the Prospect? | Main | The Remarkable Similarity between Selling and Dating »

Saying "It Can't Be Done" is Loser Talk for Losers 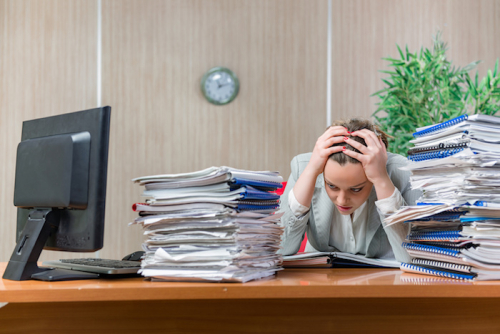 People have said that about lots of things. Here are some great examples:

The 4-minute mile, the act of running a one-mile run in less than 4 minutes, was thought to be impossible. Scores of athletes tried it and failed.

Then one day in 1954, Roger Bannister did it. Suddenly, so did plenty of other runners.

Once the "impossible" was done, the limitations that people set up in their own minds was gone, and suddenly anyone could do it.

Isn't it strange how the mind works?

Invention of the Radio

When Guglielmo Marconi invented the radio, and announced to his "friends" that he had invented a method of sending messages through the air, without the aid of wires, those "friends" had him taken into custody and examined in a psychiatric hospital.

They were sure he'd gone mad.

Simply because the idea of radio was "impossible" to them. Today we have boundless evidence that Marconi's principle of radio was indeed real!

Many, many of my own "friends" and co-workers accused me of lying when I told them that I was generating such amazing high sales numbers without cold calling.

To them it was "impossible" to make sales without cold calling. The company I worked for didn't even count a sale toward quota unless it came from cold calling… as if the sale weren't real and the customer paid with Monopoly money!

Nowadays, especially with the advent of the Internet, Social Media, and particularly LinkedIn, millions of salespeople are excelling without the drudgery of cold calling.

Henry Ford began his automotive career as a simple machinist, working alongside other machinists, many of whom were smarter and had more intellect than Ford.

Yet he managed to make hundreds of millions of dollars and become the richest man in the world, in his day, because he didn't believe it was "impossible" to do so.

His fellow machinists remained machinists for life, because of the word "impossible" in their minds.

After I stopped cold calling and discovered more and better ways of getting leads, I quickly rose to new heights of achievement and eventually became a best-selling author when I revealed my methods to others.

My co-workers, like Ford's co-workers, never rose to great heights of sales success and in fact are still struggling to make ends meet, cold calling day after day, still convinced that my success is all about "luck" or "chance."

All because they think that what I did was "impossible."

They're too close-minded to understand the simple truth that anyone can do it!

They have a long-held belief that "this is the way it's always been done," and like most human beings, they're extremely resistant to change.

Don't fall into that trap. In fact, I'm fully convinced that the myth of "cold calling success" is one of the biggest confidence tricks that's ever been pulled off. Companies force reps to cold call simply so they can avoid spending money on a marketing budget to bring in quality leads.

But like any confidence trick, once it's exposed and you see how it works, you'll never fall for it again! So don't fall for the cold calling trap. Give up the 1950s sales prospecting and use intelligent, modern methods to generate sales instead.